Well, Kymberlie-Jane is someone we here at Huskergirls have been wanting to get in front of the camera for a long time! I'm happy to report that finally it happened. I'll make three different sets of her being an incredibly hot Huskergirl. 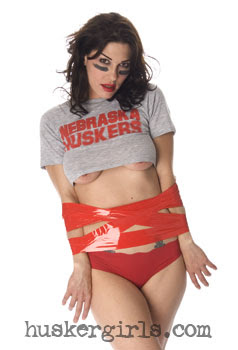 If Kym looks familiar you may recently have been reading the April Playboy. She's been in lots of magazines. She is one of the reasons why it's been mighty fine to have the Global Headquarters of Huskergirls in Southern California. She has relatives in Nebraska and was thrilled to shoot for HG.

When I told Kym that there was some red tape we needed to deal with she was all ready to do the model release. Except that wasn't the red tape I had in mind. You have to admit - that was some funny confusion. I wasn't aware until we shot this of how much being all tied up causes problems with one's shirt. I suppose the tight-ass photo critic might whine about the shirt riding up. Well ... live and learn. 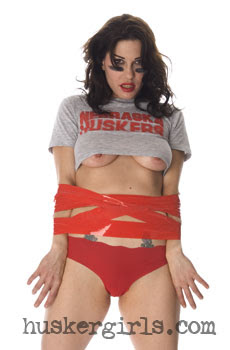 Kym is one of those people who is totally fun to hang with. She had all kinds of ideas for different shots and us HG readers are going to be the beneficiaries of that!
Posted by Curt at 12:57 PM No comments: 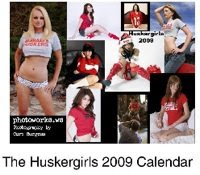